International networks for research on parliaments 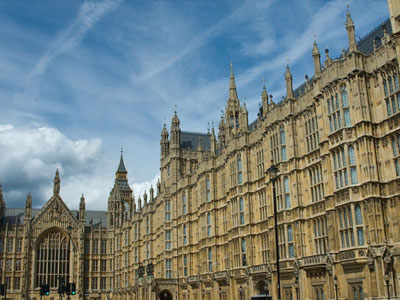 Whilst parliaments have been the focus of very considerable research in some countries for decades, such as in the United States, this is still a relatively under-developed research area within politics. Many reasons explain this, but the main one is related to access to information and data. Still if you are embarking into a research project about a specific parliament, it is useful to be aware of a number of networks which focus on the study of parliamentary institutions. You can also access an introduction to basic concepts in legislative studies here.

RCLS is the specialist group of the International Political Science Association (IPSA) that brigns together scholars from across the world who specialise on the study of legislatures. The IPSA world congress takes place every three years and RCLS usually organises a number of panels. RCLS has a mailing list to which you can subscribe.

This is the specialist group of the European Consortium of Political Research (ECPR) that brings together scholars working on parliaments. The ECPR is the main political science network and association in Europe. Although it is European based, members from outside Europe can be members and its focus does not preclude research form outside Europe. The ECPR standing group hosts regular conferences, as well as coordinating panels in ECPR’s annual conferences and summer schools.

The UK Political Studies Association (PSA) is organised into specialist groups. The Parliaments Specialist Group brings together scholars working on parliament. It is mainly focused on the UK (UK Parliament plus devolved legislatures), but it also encompasses scholars working on other parliaments. It includes a active blog page on parliamentary studies, overviews of legislatures across the world, and a listing of key resources to study parliament.

The American Political Science Association is organised in sections, one of which is Legislative Studies. This is very US oriented, but one of the largest networks of study on legislatures.

These workshops take place every two years. The first one took place in 1994 in Berlin, but since 1996 they have all been hosted in Wroxton College. They aim to bring together scholars researching parliament and practitioners working within parliament. They tend to be quite international and cover all areas of parliament.

Most political science journals accept articles on parliaments, but the following are specialised in legislative studies:

The Journal of Legislative Studies

The IPU is the international organisation that brings together national parliaments from across the world.

Finding data about parliaments is not always that simple, particularly systematic and comparable data. But all of the following include either specialised databases on parliament, or an element that includes aspects related to parliament such as public opinion polls which include questions about democracy and parliament.

IPU – Parline – This is still the most comprehensive database of information about parliaments across the world.

Hansard Society Audits of Political Engagement – this is a yearly public opinion poll done in the UK, which focuses on indicators of political engagement, with a strong focus on parliament.

Eurobarometer – a general bi-annual survey on the public’s views about the state of our democracies and EU institutions. Includes questions about national parliaments.