The ‘Reducing inequalities in public engagement’ project encourages critical engagement for deeper and more inclusive democracy through interdisciplinary and co-participatory methods. We set out to explore what might happen when artists and researchers are brought together. How do they conceive of each other’s community of practice? What value do they perceive in one another’s potential to create positive socio-political impact? How would they respond to an experiment in collaborative co-production? Our partner PositiveNegatives, who undertake interdisciplinary research projects related to conflict, human rights and international development, devised an intensive two-day workshop in Yangon called ‘Unlocking the Creative Potentials of Research.’

The process of bringing together artists and researchers in Myanmar was unprecedented and highly experimental. The aim was to provide a space for these distinct communities of practice to connect, coalesce, and collaborate on the theme of reducing inequalities in the country – including on the basis of ethnicity, religion, gender, place, and political beliefs. Over two days the PositiveNegatives convenors immersed participants (and the RIPE team!) in a process of telling true stories, drawn from life. Framed by a practice-centred approach, we were guided to unlearn processes of knowledge-production denoted as ‘research’ or ‘artistic’, and to collapse implicit hierarchies where researchers are seen as producers of knowledge and artists as disseminators.

How did participants find the experience? ‘We know each other exists, but we had never thought of coming together. In our minds research and the arts do very different things. But we’ve unlearned our biases as a result of the workshop, and it has been very freeing’ said Ram Hlei Thang, former Research Director and now Executive Director of Chinbridge Institute, in one of many similar responses. Researchers tapped into their own creative potential with surprising alacrity. Pyae Sone Aung, who leads research projects for the Yone Kyi Yar social research organisation in Mandalay, delivered a poetic soliloquy at the workshop from the perspective of the Irrawaddy River.

Asked to assess the meaning and value of creative collaboration at the beginning of the workshop, and then again at the end, researchers and artists alike reported a shift in their perceptions of each other’s communities of practice. And by the end of the two days’, conversations were flowing about how they might connect and collaborate in their shared pursuit to end inequalities in Myanmar.

Reflecting on the invitation to help curate and facilitate Myanmar’s first-ever interdisciplinary workshop in Yangon, members of the PositiveNegatives team reported: ‘it was really important to us that we connect the workshop space and process back to participants’ work and concerns around socio-political issues in Myanmar; and therefore that we prioritise conversation and dialogue rather than presuming to lecture of teach this wonderful, talented, and committed group of people.’ Reflecting on the process, PositiveNegatives developed a creative collaborations cookbook – a resource to help pursue deeper and more meaningful integration of the arts and humanities, and research.

The workshop yielded a fantastic response from the artist and researcher participants, who formed six collaborative partnerships focused on the theme of reducing inequalities, as well as inspiring a team of artist-researchers to produce an animated film around the White Rose Campaign. This last was a grassroots civil society response to attacks on Muslims during the Ramadan month in May 2019 and saw members of the public handing white roses to their Muslim friends and neighbours in a gesture of tolerance, inclusion, and peace. From cartoons depicting women’s exclusion from politics erected in plain sight of the Mon hluttaw, to policy briefs about township politics in Sagaing in Mandalay, and vox-pops about what tolerance and inclusion means to residents across Yangon – these projects are generating reflection, awareness, and dialogue about what deeper democracy in Myanmar might look like. 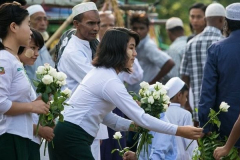 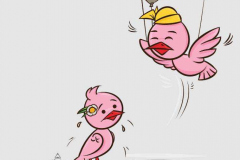 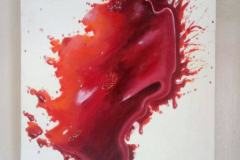 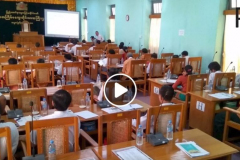 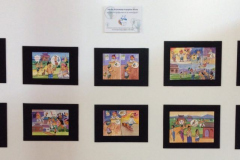 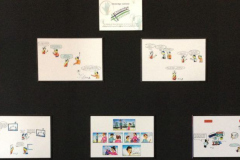 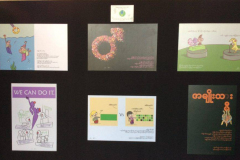