Mitiku Gabrehiwot Tesfaye writes about the Kunama, a group of people living in northwestern Tigray, Ethiopia, with whom he has been undertaking research since 2017. 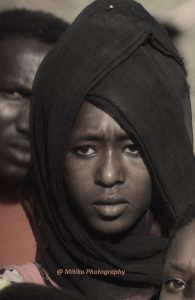 When the war started on 4 November 2020, very few predicted that it would be such a lengthy and deadly war. One scholar announced the defeat of TPLF prematurely, published a distorted analysis of the Tigray war and continues to misinform readers. Others preached democracy only to increase the ‘popularity’ of its authoritarian leader and downplayed the voice of millions of Tigrayans. In contrast, a view by Mehdi Labzaé is more grounded in fieldwork, describing the impact of the first five months of the war: as intended, the invading forces conquered land, plundered assets and subjugated the Tigrayans into submission. Few have written on the humanitarian, military, economic and diplomatic impact of the war. While  this war is primarily against ethnic Tigrayans and is openly preached to be so, little is known about its impact on other minorities – the Qemant and Agew people in the Amhara National Regional State, and the Erob and Kunama people in the Tigray National Regional State as well as the people in the Omo Valley, including the Wolayta, the Hadiya, the Gurage, and Sidama, just to mention a few.

In his essay, I write about the Kunama, from whom I have been learning for five years. The majority of Ethiopians who study the histories, cultures and traditions of Ethiopia and its peoples are silent at this time; and this silence is mostly out of shock – how can such a country go so wrong? But, how long can we be silent? It is with the intention of breaking the silence that I must write.

Who are the Kunama people?

I began researching the history and culture of the Kunama in 2017. I conducted anthropological fieldwork in the villages and towns of the northwestern zone of Tigray as recently as August 2020, six weeks before the deadly war started. The Kunama are one of the last Nilotic peoples to survive the aggressive expansion of imperial Ethiopia since the 14th century (Dore, 2007). The shape and nature of Ethiopia has been made of the bones and blood of innocent peoples, civilizations and ancient communities (Asafa, 2010; Donham & James, 1986). These communities are often described as ‘the periphery’ in Ethiopian historiography (the great ‘tradition’) and the derogatory Amharic term ‘ሻንቅላ’፣ meaning ‘black’ to the general population. Throughout the 17th, 18th, and 19th centuries, and as recent as the late 20th century, with the help of foreign firearms from Europe and America (Markakis, 2012), the Ethiopian empire expanded in all directions. Millions were domestic slaves and were sold out to the Arab world and beyond (Pankhurst, 1977). Slavery is one of the topics that Ethiopian historians or anthropologists rarely touch (with a small number of exceptions) although others have researched this. These campaigns were mainly aimed at the Nilotic peoples but also the Cushitic and Omotic people in south and southwestern Ethiopia.

Through the 20th and 21st centuries, the Kunama have somehow ‘survived’ protracted wars and enslavement. With the independence of Eritrea in 1991, the fate of the Eritrean Kunama was obscure. Except for a few reports, those who are on the Eritrean side had not been accessed by researchers. The Eritrean government blamed them for collaborating with the then-socialist government of Ethiopia and slowing down the gorilla war in southwestern Eritrea (Markakis, 2012, p.122-123.) For this, they were seriously punished. In the 1960s for example, the Eritrean Liberation Front (ELF), a faction of the EPLF, burned several Kunama villages and eliminated many clan leaders. According to Naty (2001, pp. 587–589), a Kunama anthropologist, the hostile attitude of the Eritrean People’s Liberation Front (EPLF), now People’s Front for Democracy and Justice (PFDJ) of Eritrea, towards the Kunama people was reflected in the policies of the Eritrean government. Accordingly, the Kunama were blocked from accessing social services and owning businesses. In addition, denial of access to ancestral lands and a general lack of attention to the indigenous Kunama people as well as the lack of self-rule are mentioned as forms of subjugation with a long-term impact on the existence of the Eritrean Kunama as a political community. The Eritrean government had created a magma of  terror across the Kunama land and their voices were never heard. The opening of a refugee camp in Shimelba in 2004 showed a sign of the survival of the Kunama on the Eritrea side. Unfortunately, the Kunama are still considered as traitors even by the Eritrean diaspora community.

According to an interview I conducted with a Kunama elderly man, before the establishment of the Shimbilina camp, the Eritrean Kunama had been hosted by the Ethiopian Kunama in an area called Wa’ala Nihibi in 2003. In 2019, I visited the refugee camp and heard about the gloomy past but also the uncertain future of the Kunama. The Shimelba refugee camp was established in 2004 exclusively for the Kunama population (see above). However, the overflow of Eritrean refugees forced the camp authorities to host about 1000 Tigrigna-speaking refugees. Given the secrecy of the Eritrean government, one cannot know how many Eritrean Kunama had left their homeland and how many perished on the border. By 2018, there were 5,953 registered refugees and 7900 people in 2019. From there, the story of the Kunama refugees is being written, even in the United States of America.

The Kunama of Eritrea were already reduced to subservient communities and lost their historical, cultural and political identities (Naty, 2001). In the late 1960 and 1970’s they were targeted by the Eritrean government, then a rebel group (Markakis, 2012, pp. 122–123). During the Ethio-Eritrean war of 1998-2000 they were caught in the middle and many were displaced. Clan leaders and influential Kunama politicians went missing and never seen again. The only source of information about the fate of the Eritrean Kunama was found in NGOs and a few Kunama who left their homeland for the USA and Canada. The Kunama on the Ethiopian side were in a relatively better position. Under the Ethiopian federal arrangement, they had a right to self-governance where they organized a local parliament under the Tahtay Adyabo district. The Kunama were represented by one MP at the regional and national parliaments.

The danger of extinction?

According to an eyewitness, the Sheraro area and adjacent villages, many of them being Kunama villages, have been targeted by the Ethiopian National Defense Force (ENDF) from day one of the war. For over a week, the Kunama villages scattered across the Badme plains to Adi-Hageray were indiscriminately burned. Another eyewitness, a teacher in Humera whom I met in Addis Ababa in March 2021, recalls that she and other Kunama people first fled into the forest adjacent to the Tekeze river. Later she went to Sheraro where her family lived.  According to her, after the ENDF entered the town of Sheraro, they killed civilians indiscriminately. She and her relatives and close kin stayed in the forest for 35 days after which she walked to Mekelle and then to Addis Ababa in February 2021. With an eight-year-old child, she was on the run for almost five months.

The story of destruction by the Eritrean and Ethiopian soldiers is a consistently repeated story from many people who have left Sheraro and other villages and cities in Irob (another community in a very desperate situation in Tigray). She told me that in Medabe and Ademyti villages the Eritrean soldiers burned houses and chased people out. They gave Eritrean identity cards to the Kunama who were desperate and returned to the villages. The military grabbed the territory, terrorized the people and tried to legalize it.

The Kunama live in a very harsh environment and are never food secure. They often save the best of their grain (peril millet) for the critical months of June to August. After the Eritreans looted and burned whatever grain they couldn’t carry, and slaughtered the oxen and the camels, the Kunama had nothing to establish a life with. They destroyed community water sources and vandalized the water pumps, cut electric lines and used the wooden electric poles for firewood. They looted every household and warehouse they could find.

For several decades Tigrayan-speaking Eritrean refugees have been wanted by the government. The Kunama people of Eritrea are regarded as second-class citizens that are not worthy of attention. According to a young Eritrean of Kunama origin whom I interviewed in Shemelba refugee camp in 2019, “The Kunama speaking people were already categorized as second-class subjects, whose existence in the Eritrean state is a liability rather than an asset.  For the Eritrean establishment, every Eritrean refugee in Ethiopia is an enemy.” The poor refugees’ whereabouts are still unknown. As one report puts it, they had nowhere to run. According to a European diplomat I spoke to in 2021, most of the Kunama refugees were deported to Eritrea across the border. They were tortured and hundreds were massacred. According to his explanation they were suddenly rounded up by the Eritrean Military in the camp. Many had also left the camp early on; especially the Tigrigna-speaking refugees in Shemelba, about 1500 of them. In 2021, Shemelba and Hitsats refugee camps in Tigray were destroyed by the Eritrean Army.

The Tigray genocidal war has broken every law of man and God. The suffering it has inflicted on the people of Tigray is beyond measure. Assuming that this war will end with Tigray is a very dangerous narrative that was set long ago. Several ethnic groups are sandwiched in this apocalyptic war. This war threatens the Kunama, who are the last Nilotic people to survive in the region, but they are not the only ones in danger of perishing. We hear stories about the  Tigrayans, the Oromo and the Amhara being targeted; the situation of the other ethnic groups, with a population ranging from five million to a few thousand, and indigenous to the Horn of Africa (Markakis, 2012), is hermetically sealed for propaganda purposes. As historians and anthropologists, we have the responsibility to voice out the desperate calls of the very people we have learned from.

As I conclude this piece, I think about the pain of the Kunama woman, a single mother from Tigray whom I met in Addis Ababa last year. I hope she survived the concentration camps for Tigrayans in  Addis Ababa,   the headquarters of the African Union. I hope her son is safe. I hope she will survive the second wave of ethnic profiling, looting, intimidation and mass arrests in Addis Ababa that started in August 2022. I often wonder about an Eritrean refugee, a Kunama philosopher, one of my interviewees, whose life is hopelessly paused in Sudan. Most of all, I am the thousands of Kunama, the most generous, peaceful and just people. They are in the blazes of fascist leaders and dictators’ apocalyptic campaigns to erase them from history. Emboldened by the World Bank, Abiy continues to inflict suffering on Ethiopians. We are victims of Ethiopia’s dubious diplomatic campaign against its people; and the world’s failure to question it. This is a genocidal war. But make no mistake, its primary target is Tigray in its entirety.

Markakis, J. (2012). National and Class Conflict in the Horn of Africa. Shama Books.

Pankhurst, R. (1977).  The History of Bareya, Sanqella and other Ethiopian Slaves from the Borderlands of Sudan. Sudan Notes and Records, 58, 1–43. JSTOR.