The bid for peace in Myanmar is one of the greatest challenges currently facing the government. Much-maligned and often perceived as an elitist undertaking between the government, the Tatmadaw (Myanmar’s military) and a handful of ethnic armed groups, there is much need to shed light on a process from which much of the population feels distanced and even excluded. Although women and youth have long contributed to political change in Myanmar and continue to be drivers of social cohesion and peacebuilding in their communities, they have so far been largely excluded from decision-making.

The Yangon Film School (YFS) is Myanmar’s only film school. Since its inception in 2005 the School has consistently sought to harness the untapped potential of Myanmar’s youth and women by providing training free of charge for almost 200 young people from 14 different ethnicities and all walks of life in Myanmar.

The workshop A Farewell to Arms: Making Documentaries about Myanmar’s Peace Process built on the School’s previous success by bringing together young research scholars and filmmakers to ‘find imaginative ways to connect the Myanmar population with the peace process through film’ (Harriet Martin of Joint Peace Fund). Over the course of two days, participants examined the roles of different actors in the peace process and entered into interethnic and intercultural dialogue. Almost all the workshop participants were active in civil society and reflected the breath of youth engagement in Myanmar and 65% were women from a diverse range of backgrounds and ethnicities.

Participants reported feeling empowered by their visibility and voice in the workshop, the opportunity to take creative lead in the project teams that worked together during the two days, learn new skills, connect with fellow activists across the country, and engage in new ways with the complex peace process. They also emerged from the workshop having formed interdisciplinary researcher-filmmaker teams and clearly developed treatment ideas for films, and continue to be supported by YFS in applying for funding for the production of a series of long-term observational documentaries about Myanmar’s road to peace.

About the project team

Lindsey Merrison is an Anglo-Burmese filmmaker, who worked as a film critic and curator before joining the film industry as an assistant to the British director Ken Loach in the mid-1980s. Lindsey went on set up her own production company in 1993 and has several award-winning feature length documentaries to her credit – of which Our Burmese Days, Friends in High Places and Nargis are set in Myanmar. Lindsey founded the Yangon Film School in 2005, and in 2015 the non-profit organisation was awarded the Japan Art Association’s Grant for Young Artists Award in (often described as the ‘Nobel prize for the arts’) in recognition of its contributions to the training and development of a new generation of media-makers in Myanmar.

Dr Mar is an award winning social anthropologist and the producer of an acclaimed documentary, Dreams of Dutiful Daughters (2013); she is currently Senior Research Fellow at the University of Oxford and is the first senior Burmese academic to be appointed at the University of Oxford. Dr Mar is the winner of one of Australia’s most prestigious academic awards – ‘Excellence in Gender Research’ – for her Ph.D. She also received in 2008 Australia’s ‘Unsung Heroes’ Award and was selected as one of the ‘UN 100 women in 100 years’ award among other awards. She investigated as a Co-Investigator on the ESRC-funded project ‘Religion, Nationalism and Gender in Transitioning Myanmar’ and is co-editor of ‘The Oxford-Myanmar Policy Brief Series’. Aligned with her professional interest in issues of gender equality, sustainable development and peace, Dr Mar is also an inspiring Burmese woman leader committed to social change, education, child protection and combating social violence; and she has extensive experience working with vulnerable Burmese communities. 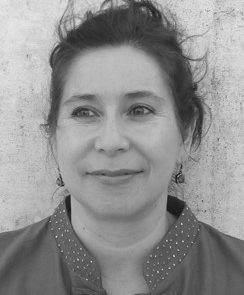 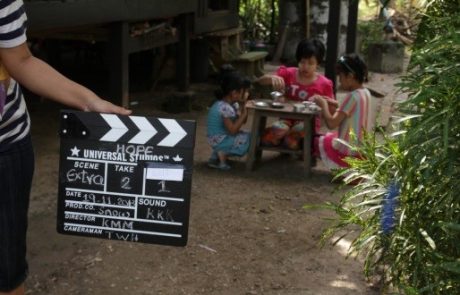 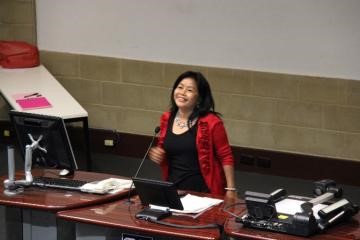