Building bridges through art in Myanmar

This project was a collaboration between the Inwa School of Performing Arts and Yone Kyi Yar and tested the effect of using traditional Myanmar performance to organically stimulate dialogue between artists, people, and political representatives on the theme of deepening democracy. Historically, travelling zat pwe artists were the primary conduit of communication between politicians and people, able to reach the most remote rural areas; and they have remained vital and effective to this day.

Harnessing the continuing power and prevalence of travelling theatre troupes, the project created original drama pieces in the classical form – themed on democratic ideas of tolerance, inclusiveness and equality – and toured them amongst audiences in Mandalay, for example at schools, progressive monasteries, in public venues, as well as in the countryside. In order to evaluate reactions and responses to the democratic themes parlayed through zat pwe, they distributed questionnaires, conducted surveys, and held focus groups with members of the audience as well as members of the performing troupe.

In creating, touring, and evaluating the dramatic pieces, the project team were particularly interested to see if people felt provoked by the seemingly distinct notions of responsibility and rights. For example: What are the boundaries of responsibility? What are the challenges to government, and to its citizens, in defining the responsibilities that support democratic rights? What is the citizen’s role in assuring a functioning democracy? Who is responsible for democratic malfunction; is it the citizens or the leaders, or both?

The first round of performances – based on the pre-colonial myay waing (ground circle) style – took place between March and April 2019 and were framed around an original drama piece on toleration. It was staged by graduates of Inwa School of Performing Arts 30 times in 18 towns across upper Kachin state, Taungoo district, and Naypidaw district – and drew enthralled audiences, whose focus group discussions yielded widespread enthusiasm for both the content and form of the performance.  The second round of performances took place between June 2019 and April 2020, and engaged new and mainly urban audiences in performances framed around themes of inclusivity and social responsibility. Audiences reached between 300 and 500 people and took place in venues across Mandalay.

In answer to the question of how the plays and performances were received, Yone Kyi Yar’s analysis suggests that zat pwe and other classical forms are thought of as highly articulate forms of communication, able to convey ideas and meanings that resonate emotionally with audience members, even encouraging them to publicly express their own feelings about equality, tolerance, and inclusiveness.

Two key learnings of the project were that democracy is not new to Myanmar and its people, who regard it as faltering due to resistance by authorities or who themselves do not deem it a right; and that older performance styles, though increasingly rare, are still highly valued as mechanisms for bringing people together in a shared social, discursive, and imaginative space. For the performers, participating in the project gave them confidence to talk about socially potent topics in careful and interactive ways with larger groups of strangers – a learning they will carry through their future professional lives as performers.

Reflecting on the power of art to deepen democracy, leading team members noted: “Arts have the unusual effect of presenting ideas emotionally and sometimes outside hardened preconceived positions. The population in Myanmar has been heavily suppressed for generations by past governments. People have been too intimidated to speak among themselves and in public. The idea that a democratic nation will incorporate differing groups in a tolerant, inclusive and equal fashion is something the population needs to think about and agree upon. Art has a critical role to play in contributing to this process.” 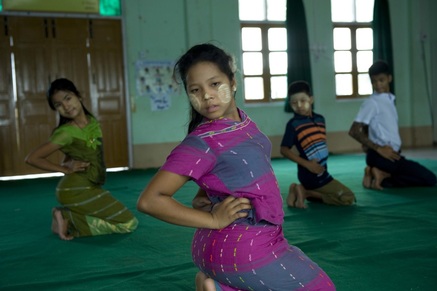 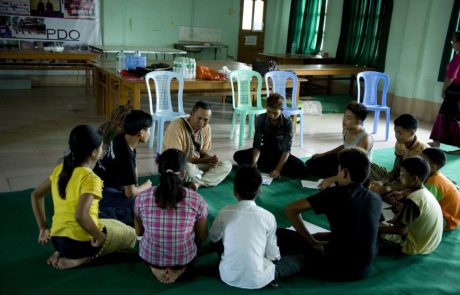 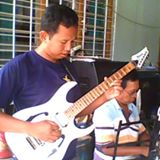