This Kachinland Research Centre project, led by Dan Seng Lawn, explored political engagement, representation, and exclusion in Kachin state during the decade following Myanmar’s independence; and asked how this compares with processes of political change since that time. Based on archival research of political discourse and reporting in Kachin state newspapers, and the experiences and memories of those who were alive at the time, Danseng was able to analyse how the past is carried forward into the present political moment, particularly in respect of the continuing exclusion of Kachin ethnic minority people from national politics, resources, and development.

Based on his research, Dan Seng has written articles on party politics during the post-colonial parliamentary period in Myanmar for leading Kachin publications such as the Myitkyina News Journal. He has also presented his findings at a conference on Kachin political history and curated an exhibition bringing together newspaper article images and personal narratives of Kachin and Mytikyina elders.  The event amassed widespread interest amongst historians, MPs, members of the general public, and the media – many of whom were unaware of the deep and historically entangled roots of present-day Kachin political concerns.

Since completing the project, Dan Seng has embarked on a study of the Kachin parliamentary system using anthropological and ethnographic research methods. 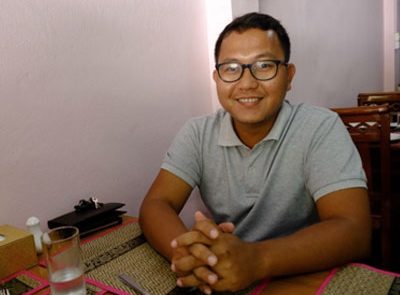 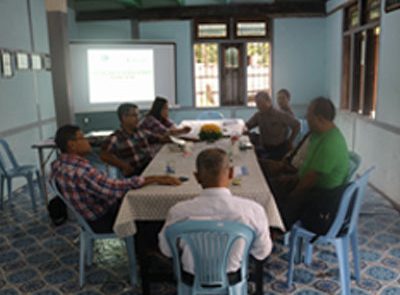 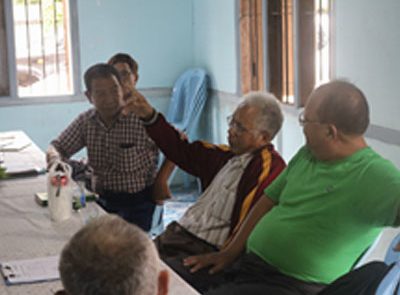 Dan Seng Lawn is a passionate researcher, lecturer, and an engaging political analyst and consultant with an insightful first-hand knowledge of Myanmar politics in general and Kachin State politics in particular following its political reform process closely by participating in the negotiation process between Ethnic Armed Organisations and the successive Governments. Ever since he had returned back to Myanmar in June 2015, after completion of his master’s degree in politics from Jawaharlal Nehru University in India, he has been actively working as a researcher, lecturer, political analyst and consultant in Kachin State.

Kachinland Research Centre, a non-profit research organization headquartered in Myitkyina, Kachin State, was founded in 2015 as a constituent member of the Humanity Institute, an umbrella organization focusing on human rights issues, education and media. Since 2017 KRC has become an independent Research Organisation. The aim of KRC is to promote social science research, engage in critical conversations about Kachin society, and build a comprehensive data bank about Kachinland. To materialize that goal, the Centre is publishing research works in Kachin, Burmese and English languages, and one annual peer reviewed journal in English, and lecturing in education institutions. During the course of its formation the Centre has built up an effective research network throughout Kachin State and Northern Shan State by doing field research, participating as a resource centre in the conferences, seminars and workshops in collaboration with several international and local organisations and networks.

Research in the news: https://www.myitkyinanewsjournal.com